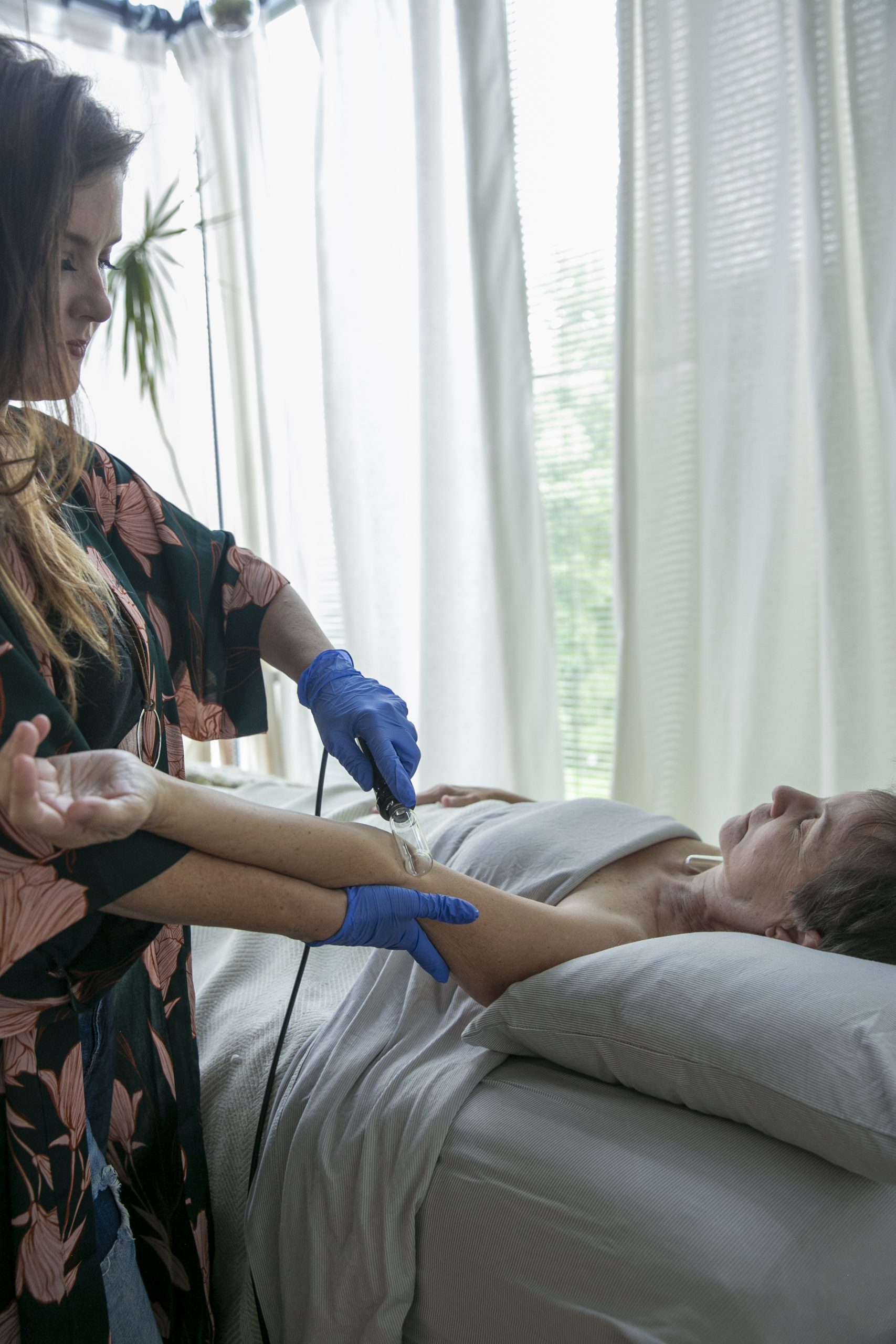 An Essential Force against Disease

Most of us are familiar with the lymphatic system, though we may not recognize that term.

A minor infection causing a sore throat will often produce a lump that is felt on the side of the neck. This is the wisdom of the body in action, as the immune system responds to a toxic event.

The lump is a lymph node that has become swollen to supply white blood cells and antibodies for fighting the infection. The lymph nodes throughout the body not only fight disease directly, but also collect and expel unwanted proteins, dead cells, bacteria, and other toxic materials.

Tapping into a Great Opportunity

Unlike the blood, which flows rapidly due to being pumped by the heart, the lymph has no pump and flows very slowly. Over years of collecting unwanted material from the body’s various challenges, the lymphatic system routinely becomes congested.

Many of us know about the benefit of decongesting the sinuses or the lungs.

In the case of the lymphatics, which play such a crucial role in the immune system at every corner of the body and brain, opening up the channels that drain away toxicity has virtually unlimited potential, not only through its key role in resolving diagnosed illnesses, but also for improving such a wide variety of symptoms that compromise everyday living.

Science and Technology at Their Best

Assisted Lymphatic Therapy is a gentle, light-touch, non-invasive technique to stimulate the proper flow and drainage of the lymphatic system.

A combination of vibrational, light, and electrical waves help to stimulate the flow by causing the dissociation of proteins that have become trapped.

When those trapped proteins (not to be confused with nutrient proteins) release their bond, the stagnant lymph is liberated and will flow out into its normal filtration and reabsorption channels.

Some of the Conditions that Improve

Impairment of the lymphatic system will lead to excess toxicity, inflammation, fluid accumulation, immune system weakness, and delayed healing from injuries or surgery.

For this reason, all of the following are known to benefit from ALT provided by a Certified Lymphatic Therapist:

As is well-known and obvious from the above list, the types of benefit people report from ALT are almost anything. Here are just two of the accounts of typically grateful patients:

Before seeing Tammi, I had constant ear pressure and pain along with frequent bouts of brain fog. On my worst days, I also had neurological symptoms i.e. weakness, tingling and coordination issues. I felt scared and frustrated. I had been prescribed diuretics by a previous doctor. They helped the ear pressure a little but they made the rest of my condition (Sjogren’s Disease and Mixed Connective Tissue Disease) worse. So they weren’t a good option. After receiving my second ALT treatment, my ears felt remarkably better. I began getting regular sessions, and my symptoms and overall health kept improving. ALT is now an essential component of my wellness routine.

I noticed improved changes in digestion, mood, emotions, mental ability and a lift of my depression as well as the energy to deal with what got me there. I feel incredible and I must have had somewhere between 10-20 sessions by now. I could tell so much healing was taking place and knew that I would be sick if I did not take care of this now. I started going once a week and listening to what Tammi recommended as far as frequency of treatment and did everything I could to make it a priority. If this sounds like it might be what your body needs, it does.
I highly recommend this therapy to everyone I know.

To discover all the ways you can improve, schedule a session today by calling Tammi at (615) 364-7047 or by emailing her at tammirhoton@hotmail.com.